Dr. Willie Smits (1957) is a forestry engineer, microbiologist, conservationist, animal activist and social entrepreneur. He lives in Tomohon (North Sulawesi) and is an Indonesian citizen. For over twenty years Willie has been working for the conservation of endangered primate species such as the orangutan. During this time he has expanded into related areas including sustainable agriculture, reforestation and forest monitoring.

He is the founder and chairman of the "Masarang Foundation" wich protects and restores nature together with the local people. Smits is also involved in a number of other environmental organizations. In 1985 he started working at the Wanariset Research Station in the tropical rainforest near Balikpapan in Indonesia´s East Kalimantan province. In the early 90s, he was team leader of the Tropenbos Kalimantan Project, an international partnership between the Indonesian Ministry of Forestry and the Tropenbos Foundation.

In 1991 Smits founded the Borneo Orangutan Survival Foundation (BOS), the world´s largest organzation for the protection of endangered orangutans living in Borneo. Next to his work for the orangutans in Wanariset, he is also the chairman of the "Gibbon Foundation" and advisor to the Indonesien orangutan Survival Program.

In his forestry work Willie has seen how logging and palm oil plantations destroy the rainforest. Rainforest which is indispensable for the survival of many valuable plants and animals and very important to support (human) life. This has motivated him to fight for the rainforest and work on solutions that expand the forest and benefit human beings.

Smits received his doctorate in tropical forestry and soil science from the Agricultural University of Wageningen (Netherlands). He became a senior adviser to the Ministry of Forests in Indonesia and did the study for his dissertation and subsequent research in Balikpapan, East Kalimantan. Smits was knighted in the Netherlands and in 2010 he was elected to the Ashoka Felloship, an international organization of leading social entrepreneurs. In addition, Smits has received eight awards for his work, making him the first Indonesian with foreign roots to become "Hero for the development of Indonesia", a price handed out to him by the president in 1994. 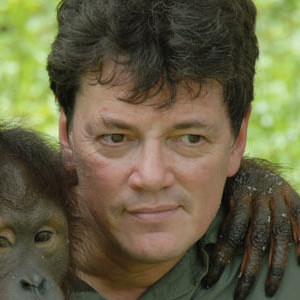 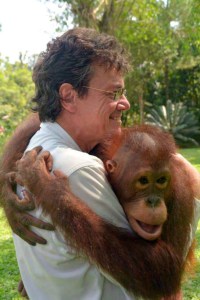